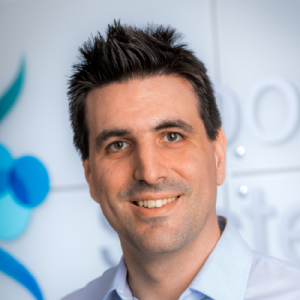 Benjamin M. Gyori, Ph.D., A Research Scientist in Therapeutic Science was selected as one of 50 DARPA Risers: up and coming early career investigators with the potential to perform innovative research at the frontiers of science and technology relevant to the mission of DARPA.

As a DARPA Riser, Ben will attend DARPA’s 60th Anniversary Symposium (D60) at Gaylord National Harbor, Sept 5-7, and present his proposal on a computer system which autonomously monitors events and scientific discoveries, integrates them into actionable models, and proactively reports relevant analysis results.

D60 will bring together 1,500 forward-thinking scientists, engineers, and other innovators interested in sharing ideas and learning how DARPA has shaped and continues to shape breakthrough technologies. D60 will also feature Dr. Peter Sorger, who leads the Harvard Program in Therapeutic Science, as an invited speaker on the Accelerating Science panel where he will present on AI technologies for bridging mathematical models and cellular biology.

Ben’s current work focuses on computational approaches to accelerate scientific discovery. He has been an active performer in the DARPA Big Mechanism, Communicating with Computers, World Modelers, and Automated Scientific Discovery Framework programs.

Gyori is a co-developer of INDRA, a system which automatically assembles information about biochemical mechanisms extracted from the scientific literature into explanatory and predictive models. He is also leading the development a collaborative dialogue system allowing a human user to talk with a machine partner to learn about molecular mechanisms, and formulate, and test model hypotheses.